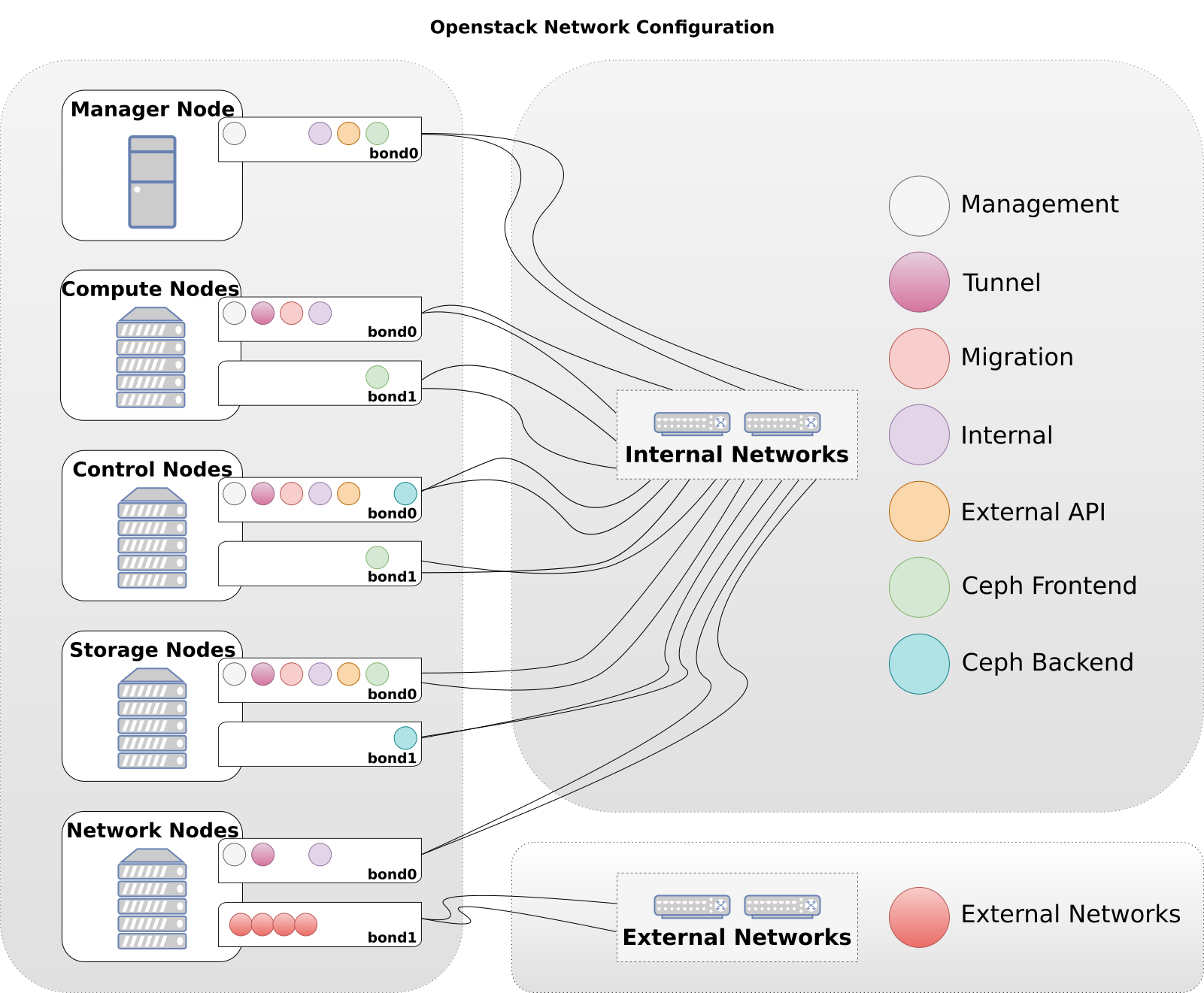 The seed node is required to build the manager node at the beginning. It is then no longer needed.

The local workstation can be used as a seed node. Often the manually installed manager node is also used as seed node.

The manager node is the central entry point into the environment for deployment and administration.

All services necessary for deployment and administration are placed on this node. This includes the individual Ansible containers and clients for OpenStack and Ceph.

In small environments, services such as mirror and monitoring are usually placed on the manager node.

In larger environments it may be makes sense to introduce dedicated infrastructure nodes for the mirror and monitoring services.

The bare-metal provisioning service can also be placed on a dedicated node.

In small environments, one of the controller nodes can also be used as a manager node.

The use of dedicated network nodes is not necessary, but recommended. Neutron’s L3 and DHCP agents will be placed on this node.

The compute nodes are used for the virtual systems.

Compute nodes and storage nodes are combined in a hyper-converged infrastructure. They are then referred to as resource node.

The storage nodes are used for Ceph.

Compute nodes and storage nodes are combined in a hyper-converged infrastructure. They are then referred to as resource node.